Back in the day when London was reaching out to the world, I wonder if they’d imagined a time when the whole world could be contained by the city. London is exotic and foreign, and feels like home, all at once. It moves ahead and stands still and twirls between histories.

I’m glad to be a part of it, even if it’s just for a minute.

I’ve taken to writing (myself) postcards when travelling. I’ve this image in my head, of me, thirty-forty years down the line, going through stacks of yellowing postcards, and thinking about the good old days, a cup of hot chai in hand.

Two black granite-top tables are joined together for us; the tables drag their feet across the tiled floor, leaving skid marks. We help put six chairs in place. The waiter doesn’t meet our eye as he shuffles about.

He places a bowl of mango and lemon pickle along with a pair of salt and pepper shakers, their openings are clogged, the salt moves up and down but doesn’t fall out. He also brings a set of multicoloured menu cards – the tikkas and dals are bleeding neon.

We order a round of Kingfishers and two plates of masala papad.

I’m sitting with my back to the big window – where suburban traffic jams build up and melt away in a puff of exhaust fumes. Instead I look at the walls decorated with cheap plastic flowers and posters of what I’m guessing are the restaurant’s best sellers – an overweight samosa dripping with mint green chutney; dark brown kebab rolls served with thinly sliced onion rings and fresh coriander; chicken curry and naan, drizzled with butter. The room smells like fresh ground garam masala.

After he brings our first order, he opens a flip-book and waits for us to order. He doesn’t ask, suggest or advise. We order.

The tables around us are taken. I pull out conversation threads when our table slows down: the most common stories making the round are the latest film releases – Taare Zameen Par is getting a particularly good review; the recent Cricket scores,  reasons for the loss and winning strategies for the next one; and the political situation in Pakistan. Over the Bollywood soundtrack, the waiter shouts out an order to the kitchen: “Do garlic naan, ek dal tadka, ek butter chicken, panch par*.”

It’s such a familiar setting: it’s easy to forget that this is London.

This is an old post from my first visit to London, tinkered and re-published.

Zagreb: It’s a forty minute drive to the airport. Since it’s early, and our taxi driver is high on caffeine, we get there in thirty minutes flat.

London (Luton): It takes forever to get to the airport. After the first hour, the journey is a blur. Between the road work and road diversions, traffic jams and road rage breaks, my blood pressure rises and falls faster than you could say Go!

*
Zagreb: I rub left over sleep out of my eyes. And then again. I can’t believe the crowds that have turned out today. There are more people queued up at the check-in counter than there are at the airport cafe; a novelty in these parts. The airline agents looked hassled and overworked.

London (Luton): Outside, it’s so cold it hurts to breathe. Inside, there’s raging chaos. Flight are either delayed or cancelled (later we’ll see a row of docile planes standing still, nose buried in the ground, like grazing sheep). Ours though is on schedule. We scurry into line before they change their minds.

*
Zagreb: A child screams somewhere in the line. A bag is dropped. A lady excuses herself, the others save her place in the line. Most of the flights are on time so there’s no panic. We check-in our luggage and head out for a coffee.

London (Luton): People are screaming instructions in a hundred directions. The lady in the next line is being asked to pay £65 for exceeding luggage limits. She howls and pleads. The airline official repeats the sum and looks away. By the time we’ve checked-in, it’s time to race across the airport, to security check and the gate a mile away; we’ve got our running shoes.

*
Zagreb: I smile like a crazed fool at the hint of a non-Croat (native) English accent. They are hard to come by in this nook and I relish every home grown syllable.

London (Luton): I smile like a crazed fool at the hint of the English accent. These days they are pretty hard to come by in this nook and I relish every home grown syllable.

*
Zagreb: Our dark blue passports (with a golden emblem) create a major stir. This happens every single time we cross Zagreb immigration. First there is the insane flipping of the pages. Then there is the staring before a second phase of page flipping. This is followed by a long, animated discussion, which prompts much punching of the keyboards, reaching for files and more flipping, and then eventually down comes the stamp. We shift our expressions from frustrated to indifferent, depending on the day.

London (Luton): Our dark blue passports (with a golden emblem) and the immigration’s officer are old, old friends. Sometimes on very good terms, at others a little estranged. But either way, there is a lot of history there. He knows his way around every watermark and every stamp. Even before we finish answering his questions (disguised as conversation) he stamps our entry into the country. 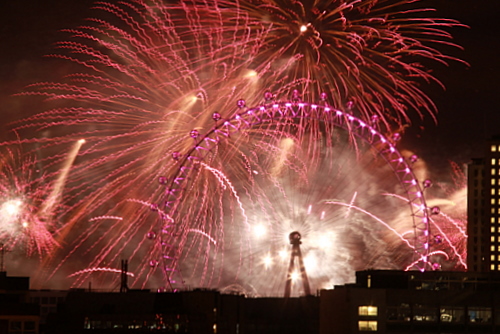 The photos on this blog are taken by my husband, Vivek. He uses a Canon 500D.

Dig through the Flying Suitcase

Put a Pin on it

Keep off my Text and Photos

Want to learn the craft of travel writing?

Sign up for Matador's new Travel Writing School and get the skills you need.

Ink Drops on my World Map